It’s More Than Just a Rodeo

The Big Bend Ranch Rodeo is very proud to announce that we are able this year to make the largest donation in our history to the Sul Ross Rodeo Excellence Fund. We have given Dr. Bonnie Warnock, Dean of the Ag Department at Sul Ross a check for thirty thousand dollars which will bring the total donations from the BBRR to the Sul Ross Rodeo program to a little over $283,000 since 2000.

To be able to make this kind of donation doesn’t come without the hard work of a lot of people and countless supporters. We are lucky to have the support of businesses, hotels, restaurants and ranches in and around the area. A couple of weeks ago we ran our usual THANK YOU ad naming all the people and businesses who make the BBRR possible---look back at it and take a moment to study this incredible listing. 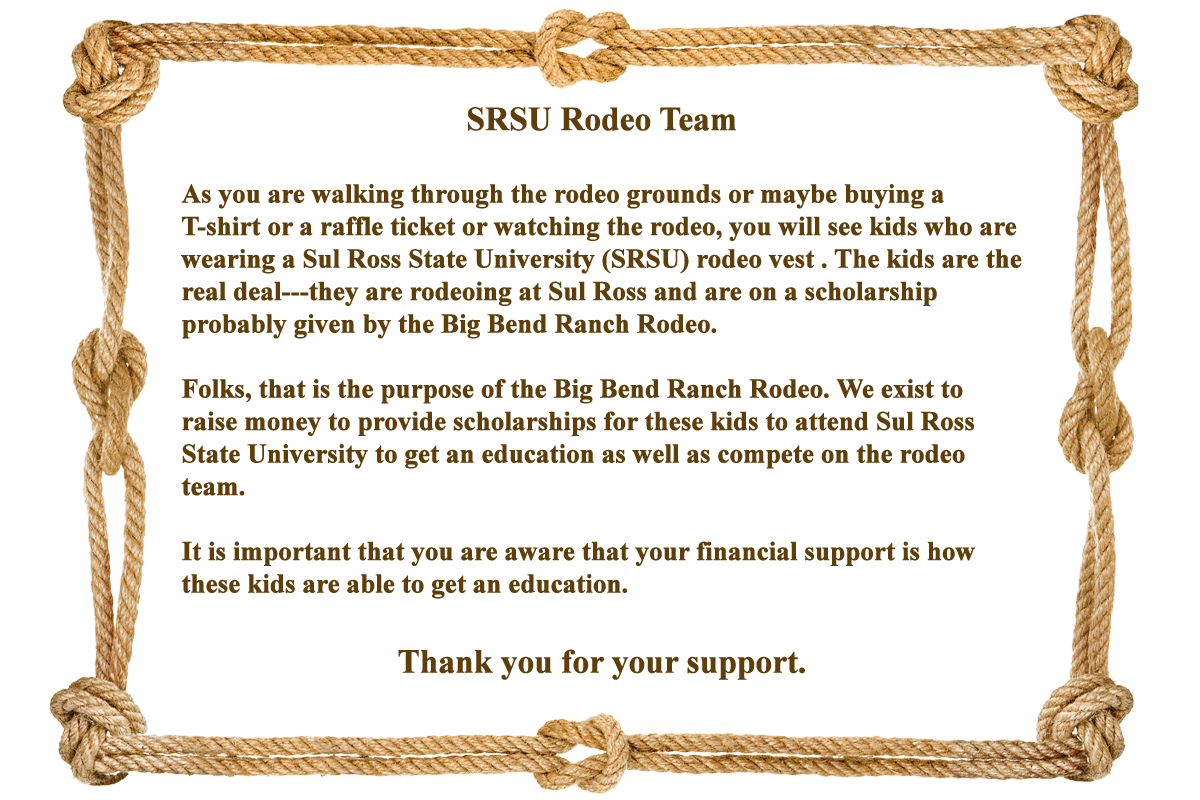 This rodeo is committed to preserving western heritage by demonstrating the skills of daily ranch work in a positive and cultural atmosphere. All proceeds from the rodeo and the related weekend activities are given to Sul Ross State University through scholarships and gifts designated for students interested in rodeo and agriculture. Over the past twenty years, the Big Bend Ranch Rodeo has raised more than $283,000 for these scholarships. We could not have done this without the support and generous contributions of local and area businesses. Please show these advertisers your appreciation during your stay in the area.

The Big Bend Ranch Rodeo is sanctioned by the Working Ranch Cowboys Association. The WRCA is committed to the preservation of cowboy heritage and lifestyle and promoting ranching on a national level. The WRCA funds two programs designed to provide working ranch families financial assistance. One is the Crisis Fund designed to provide assistance to cowboys and their families in times of serious financial hardship. The other is their Scholarship Fund which provides monies to working ranch cowboys and their family members interested in continuing their education. These funds are gathered through contributions to the Working Ranch Cowboys Foundation and through the sale of western art prints.

These funds and programs have come home to the Big Bend area:

2001 WRCA provided financial assistance to Joel Nelson of Alpine, Tx after being kicked by a horse.

2003 Janie Jones, then of Balmorhea, Tx, received a WRCA scholarship. 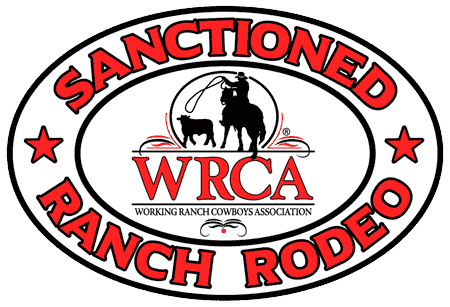